To change the background click on the label bar and in the layer window select the style tab.

Choose a source from the background top tab then upload an image or pick a background color. 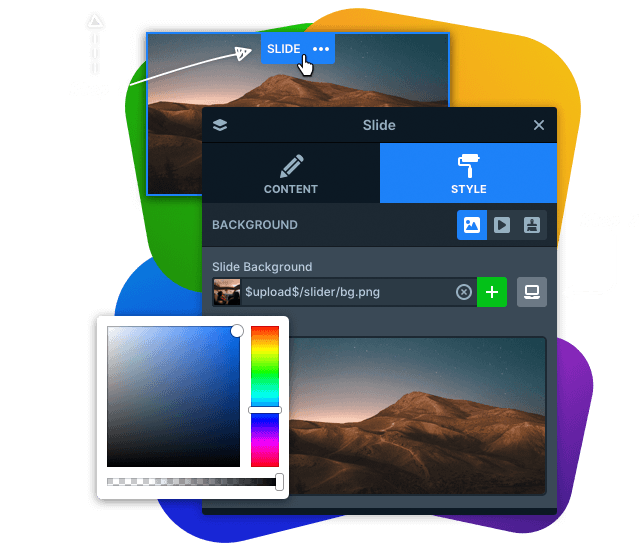 To add a layer, click the green plus button in the left sidebar and select the type of layer.

Select any layer and you can edit its content and style properties in the layer window. 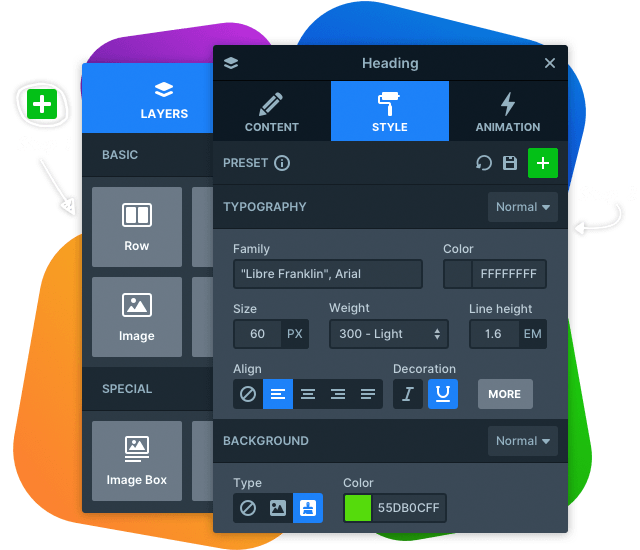 The Tubbs brothers were enthusiastic gardeners, interested in Horticulture beginning as youths at the family home in Kingston, NY. Robert (2/24/1882 – 5/27/1942) worked his entire career at the Corn Exchange Bank, now part of J.P. Morgan Chase, in New York City. He was interested in growing woody plants, especially unusual trees and shrubs, pursuing them with a collector’s passion and wanted as many different species as possible.

Hal (2/19/1878 – 7/26/1958), affable and gregarious, worked briefly in publishing at Charles Scribner’s Sons. He loved plants and people, books and travel, art and antiques, nature and the land.

In July, 1908 Hal and Bob went on a quest for a country place near Gladstone, NJ. Disappointed in the grand estate they were shown, Hal pointed to a farmstead surrounded by fields and said “I want one like that farm in the valley — it looks like it would take you by the hand.”

They purchased (in their parents’ names Ben and Carrie) from Ellis and Arabella Tiger “Paradise Farm’ 135 acres of land with its huge weeping willows lining the brook, swaying toward the frame house and its cluster of outbuildings. The brothers knew they had come home and christened their new property “Willowwood Farm”. Ben and Carrie and sister Claire came for a visit and never left.

Creating gardens at Willowwood Farm then was not easy. The property was a mix of oaks and chestnuts, an old peach orchard, farmland and pasture and overgrown blackberry brambles. After clearing these out, they found heavy clay soil. But the Tubbs were determined. Plants were moved from their Pennsylvania home and then in 1911, their friends, the Benjamin Dorrances, from Kingston, PA, sent a freight car full of plants from their greenhouses. From the Gladstone RR station, the plants were loaded into wagons and brought to the farm and planted out along the drive. Hedges were used to delineate lawn areas and some plantings installed to create a garden “room” on the north side of the house.

The entire family worked on the farm. Benjamin planted fruit trees – apples and peaches. They had a smoke house and a vegetable garden.

Hal and Robert had other ideas. They were interested in horticulture and built a greenhouse and potting shed. Robert still worked in the city, coming home on weekends and holidays with many new plants scoured from the New York markets. He had an active interest in unusual trees and shrubs and corresponded with many of the horticulture luminaries of the time including plant explorer Ernest Henry ‘Chinese’ Wilson and Professor Charles Sprague Sargent, the founding director of the Arnold Arboretum. Many rare plants were added to the Willowwood Collection as a result of their friendships. In April, 1939 the New York Times reported on the brothers horticultural efforts. Robert collected; Henry was the artist who “painted” on the garden canvas with a “careful-carelessness” which made it seem as if the garden had arranged itself. Henry was a member of the Garden Club of Somerset Hills along with their neighbor Martha Brookes Hutchinson, one of the first female landscape architects in the US and they shared their interest in plants and design. 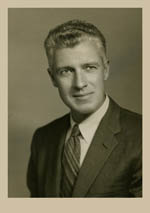 In 1936 Benjamin Blackburn (May 2, 1908 – July 7, 1987), a young author-lecturer-horticulturist from Ridgeway, NY, was appointed to the faculty of the College of Agriculture at Rutgers University as an instructor in Ornamental Horticulture. The oldest of four brothers, Ben had grown up on a farm but his mother Maud loved to garden and Ben inherited her interest. Introduced by Martha Brookes Hutchinson he met the Tubbs brothers and visited Willowwood.

A soft spoken gentleman, with many keen interests, he seems to have fit in perfectly at Willowwood. In 1941 Robert, now terminally ill, had moved to Willowwood permanently and shortly after his death in 1942, Ben enlisted in the Army, was stationed in Boston and worked on concealment plans for Boston’s harbor defense.

In 1945 Captain Blackburn was transferred to Japan under General MacArthur. While in Japan, he visited many of the gardens and befriended Japanese botanist Yoshiharu Matsumura of the Nikko Botanical Garden. After World War II ended, he moved to Willowwood permanently and set to work with Hal to restore the gardens.

He got his Ph.D., became a professor at Drew University and wrote prolifically for a number of gardening periodicals and authored three books: ‘Your Garden This Week’; ‘Keys to the Woody Plants of New Jersey’ and ‘Trees and Shrubs in Eastern North America’ (1952). He and Hal traveled in the US and to Italy – always continuing to amass new plants and Ben carefully cataloged each accession in an effort to build a first-rate curated arboretum. He and Hal entertained many important horticulture visitors but he spent most of his time in the gardens as Henry, aging, handed most of the garden duties to him. 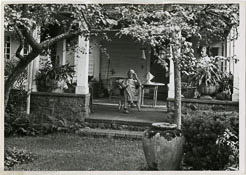 Henry Tubbs on the back porch

With advancing age and his immediate family gone, Henry Tubbs saw Dr. Blackburn as the rightful protector of Willowwood’s future and in late 1949 legally adopted him as his son. On July 2,1958 at age 80, Henry Tubbs signed his will taking care that Willowwood Farm would be maintained as an arboretum and controlled wildlife preserve as he and Robert had so carefully planned. Hal died three weeks later. A trust reserved an income and use of the house and 30 core acres for the remainder of Ben Blackburn’s life.

After a brief stewardship by Rutgers University, on March 13, 1980 the Morris County Park Commission took legal control of Willowwood Arboretum, Dr. Blackburn continued as the administrator of the property, as well as its host. He taught popular field botany classes at Willowwood, sponsored through the Friends of Frelinghuysen Arboretum. He died in 1987 at his beloved Willowwood. 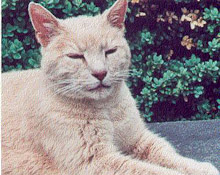 Read about the Willowwood Foundation by clicking here.