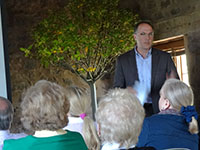 Willowwood Arboretum was the site on April 18, 2015 of a fascinating lecture on the history of Japanese flowering cherries in the United States, including the beautiful collection at Willowwood.

Anthony Aiello, Director of Horticulture at Pennsylvania’s Morris Arboretum traced the early 20th century arrival of these beautiful collections at Washington’s Tidal Basin, the Morris Arboretum, New York — and at our very own Willowwood Arboretum.

The talk was followed by a tour of Willowwood’s collection led by John Morris, the Morris County Park Commission’s Manager of Horticulture.

You may read an extensive article about the day on the Daily Record website. 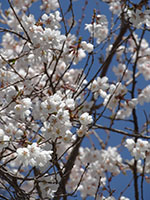 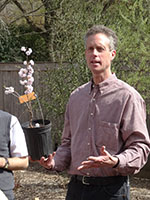