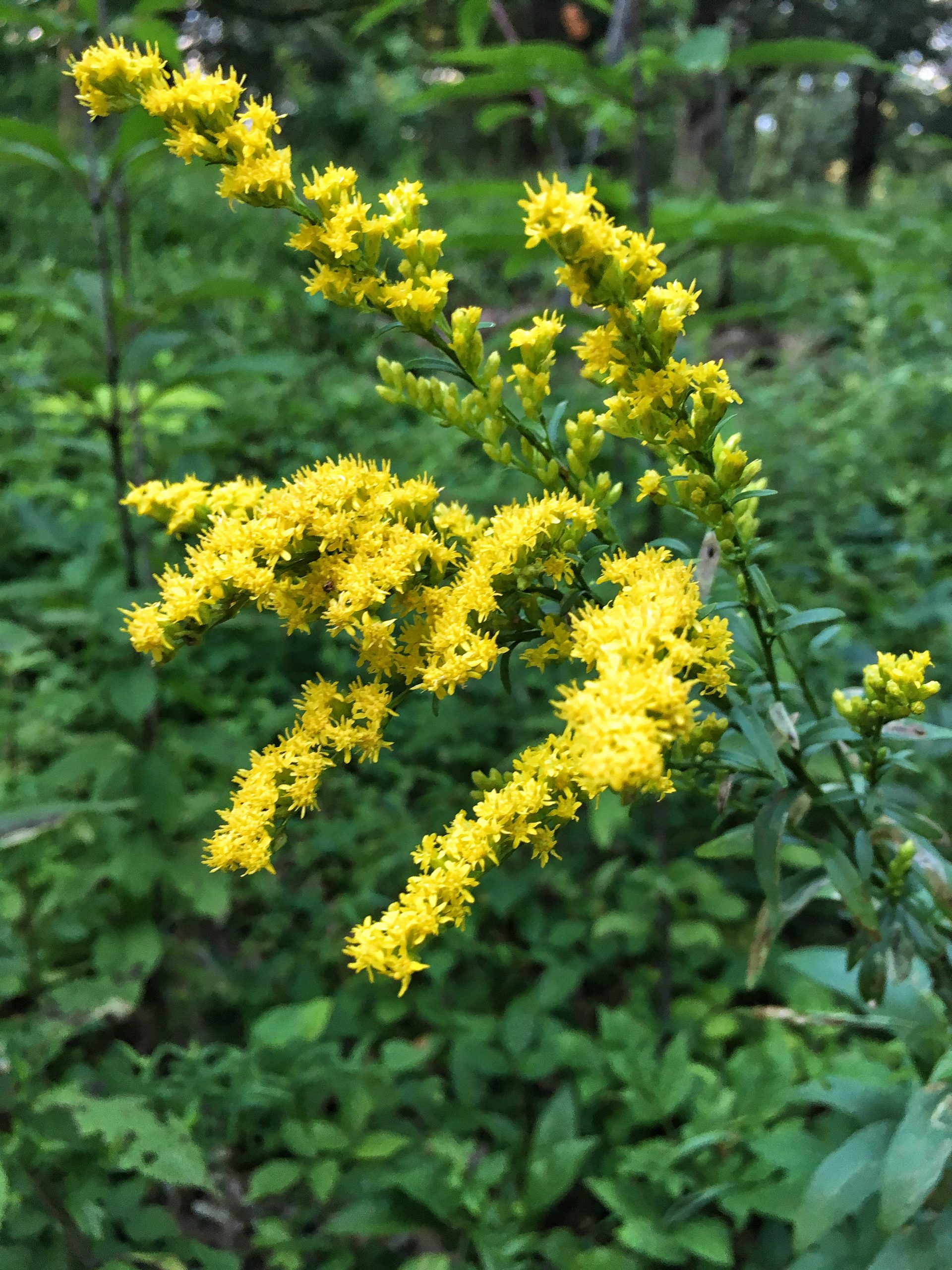 As summer slowly starts to wind down, a subtle transition begins to occur in the meadows at the Willowwood. The mid-summer blooming perennials such as wild bergamot (Monarda fistulosa), slender mountain mint (Pycnanthemum tenuifolim), and butterfly weed (Asclepias tuberosa) have all begun to push out what will be their final flush of flowers for the season and have initiated the early process of seed production.
Late summer-blooming native plants now take center stage as a precursor for the spectacular show of colors that make the meadows at Willowwood so magnificent in the fall. The bright yellow blooms of tall goldenrod (Solidago atltissima) have started to illuminate the fields, while the clusters of New York ironweed (Vernonia noveboracensis), and hollow Joe Pye weed (Eutrochium fistulosum) that tower over the other meadow vegetation begin to blossom adding hues of purple and pink to the mix.
Although considered an invasive species, Queen Anne’s lace (Daucus carot) adds a graceful and airy element to the dense meadows. This biennial, a member of the carrot family (Apiaceae), has the appearance of a bird’s nest while in bud that unfurls to reveal delicate compound umbels of white flowers.
Native grasses, such as Indian grass (Sorghastrum nutans) and little bluestem (Schizachyrium scoparium) have also started to flower changing to the distinctive chestnut-brown and carmine-red seed heads that give the fall meadows their wispiness and earthy color tones.
Although sometimes subtle, the late summer is the perfect time to get a taste of the cool crisp autumn days that lie ahead.